The small business loans for those affected by COVID-19 have been added to list of government programs considered at high risk of waste and fraud.

WASHINGTON — Emergency loans made to small businesses during the coronavirus pandemic have been added to a list of government programs considered at high risk of waste, fraud or mismanagement.

The most common of those emergency loans, PPP loans, are provided at a low interest rate and are fully forgivable under conditions that include spending a certain percentage on payroll costs. The loans were created by Congress and have proven exceedingly popular as shops, restaurants and other small businesses try to survive the pandemic.

The Government Accountability Office said Tuesday that millions of small businesses benefitted from the emergency loans, but the speed with which the relief programs were set up limited safeguards necessary to identify risks, “including susceptibility to improper payments and potential fraud.”

The Small Business Administration made or guaranteed more than 14.7 million loans and grants totaling about $744 billion between March and December. Congress approved an additional $304 billion in emergency loans in December.

The GAO said in the report that, as of January, it continues to experience delays in obtaining key information about the loans, including detailed oversight plans and documentation for estimating improper payments.

“There’s no doubt they’ve had a positive impact. However, the management of these programs needs to be dramatically improved,” U.S. Comptroller General Gene L. Dodaro told reporters in previewing the report.

Government auditors release a high-risk list near the beginning of every new Congress. The list is designed to increase attention on the shortfalls cited by the GAO, and to prompt action that can often save taxpayer dollars and improve government operations.

Auditors also added the government’s efforts to prevent drug misuse to the high-risk list. The GAO had warned as the pandemic began that it would be doing so. At the time, it noted that the pandemic could fuel the conditions that contribute to drug misuse, such as unemployment. 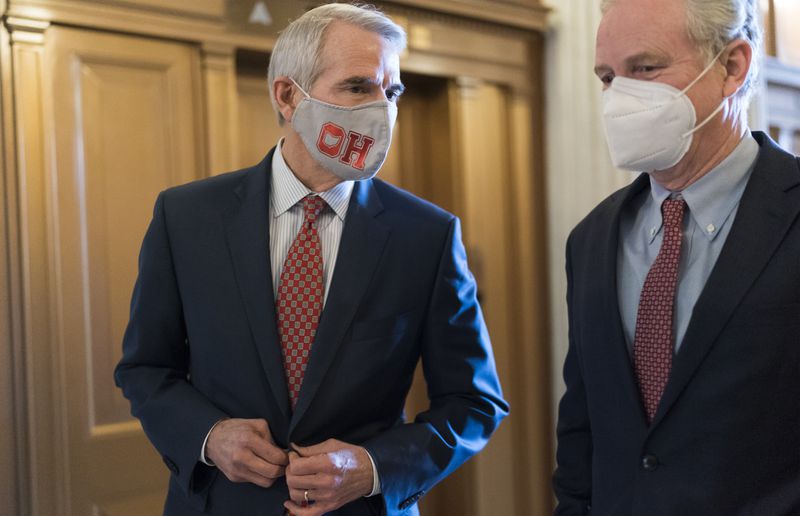 In December, the Centers for Disease Control and Prevention reported the largest ever increase of drug overdose deaths during a 12-month period that ended the previous May. The CDC noted a particular acceleration in drug overdose deaths as widespread mitigation measures kicked in.

Portman said that the country and his home state had finally seen a drop in overdose deaths in 2018 for the first time in decades.

Auditors said that maintaining sustained attention to the problem of drug abuse will be challenging in the coming months with agencies focused on addressing the pandemic.

“This makes developing and implementing a coordinated, strategic approach even more important as agencies’ resources are also being diverted, in part, to pandemic priorities,” the report said.

On a positive note, the GAO said the Department of Defense had made concerted progress in how it aligns its support infrastructure with the needs of the country’s military forces, It dropped the support program from it’s high-risk list.